Being a children’s entertainer is awesome. Today I had one of the craziest parties ever. It was a two hour party for a 5 year old boy. These are my favorite parties to perform at as they are not too young to not understand what is going on but there still young enough to be amazed by the magic.

The dad informed me that they were expecting around 15 to 20 children. This is a nice number to handle. In the end some 35 children arrived. I have no idea how this many extra turned up but still the more the merrier. Big groups can be great as they tend to laugh more and the atmosphere is greater. All the children had gifts and were impeccably dressed in their most dapper of party wear (young kids are so much cooler with clothes these days!) so they never just wondered in off the street. That’s happened before.

I begin my show with my 10 minute warm up routine. Wow the roar coming from the children is amazing! This was like being at a concert. I have to briefly pause the show to turn up my microphone volume so I can be heard. As the children get more and more engaged into the show they inevitably creep forwards. This isn’t good news as I try not to step on the little ones. Its just not good for repeat business!

I use my friendly but firm voice in a vain attempt to get the children to move back from the front. The screams, the rushing forward, this is like beetle mania! And there only 5 years old! In the end a few parents step in. This had a calming repellent effect on them. It reminded me of when policemen on horses chase off football yobos. Good old parent police.

Things calmed down eventually. Then a mystery puddle appeared. Uh oh! Yes it’s ‘I genuinely wet myself laughing puddle’. I guess this shows ive done a good job but its not the praise im looking for. Now I have to keep the kids away from this newfound distraction. A trusty parent swoops in with a mop to save the day. On with the show!

The show comes to an end and its time to make some balloons for the children. I instruct them to form a queue. No such chance as I am mobbed by them. I don’t even have space to pump the balloons up.

Wow what a day. A large cup of tea was had that evening I can tell you. 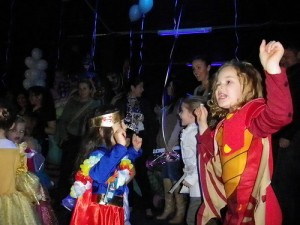 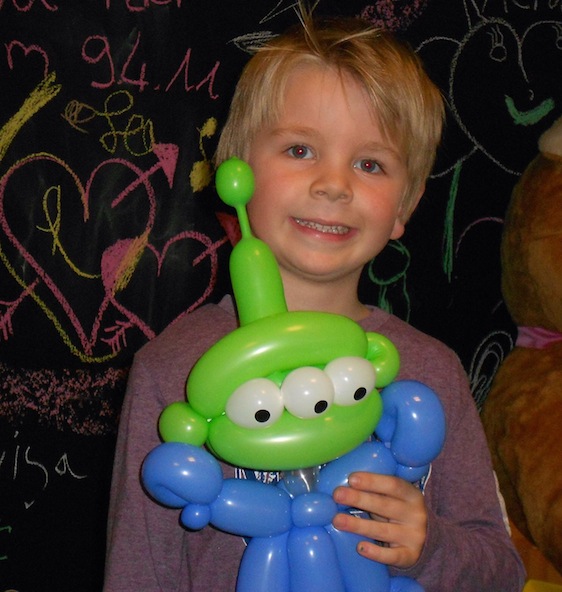 Balloon I made at the party