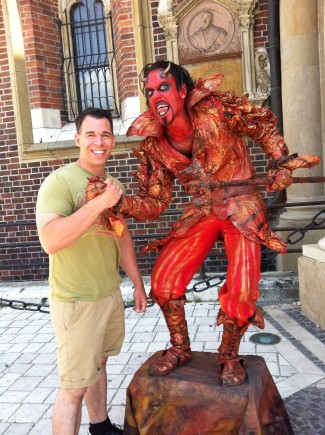 I recently spent a week in Krakow in Poland on holiday. I became quite interested in these street statue performers. I’ve seen a few of these before but not quite of the Polish type. These guys really made an effort with their costumes and knew how to please the audience by staying in character.

I found this form of entertainment quite intriguing. They simply stand still yet it seems so engaging. That or I’m just a but simple. I image that before I decided to be a kids performer I may well have followed suit and became a human statue with a wacky costume had I not had the idea to be a childrens entertainer in Hampshire. Thanks heavens I discovered my magic wand instead!